Consume But Avoid The Bandwagon Effect

We have all heard of the phrase “jump on the bandwagon”. This simply means to agree and follow the crowd rather than making a conscious decision yourself. The fashion industry is a prime example.

For example, if a fashion trend changes and all of a sudden everybody starts wearing slim fit jeans instead of the baggy ones, then that is the bandwagon effect in action.

It’s human nature to do this. We like to feel like we are part of something. For example, if you’re a woman, you probably wear skirts instead of trousers, as this is what the majority of women wear.

If you, on the other hand, choose to start wearing jeans or trousers as a normal thing, you would be making a fashion statement to stand out from the crowd. It is a normal phenomenon throughout society to affect people’s dress, conversations, and actions.

Often, people follow the crowd regardless of if they need to or not. We see it every day where we will choose brands, listen to music, or even vote for political candidates because we see or know of other people behaving the same way! This is what we call a bias.

How the bandwagon effect bias will cost you money

The bandwagon effect bias could lead you to consume products that are not the best value for money but simply because they are popular or fashionable. Smartphones are good examples. If everybody you know buys the latest Samsung smartphone, you may feel pressured into thinking that you also need one.

But ignoring what everyone else is doing, you may realize that an alternative smartphone would be better suited to you. Perhaps you don’t even need one at all!

Maybe because you other people carrying the new Samsung, you assume that you also need one, to keep up and fit in. You may find that your smartphone and plan are a waste of money when you strip back what matters to your needs.

This bandwagon bias could also lure you to make unwise financial decisions. For example, you could just take out a car loan thinking “that is just what most people are doing, everyone is on credit!”.

Alternatively, you could save yourself lots of money by buying the car with cash when you have it or by going for an older car that is affordable right now. The bandwagon effect clouds our judgment, so all of your options might not appear obvious at first.

This may sound like a contradiction but following the crowd isn’t always necessarily the wrong move to make. The wrong move is to take action without thinking the decision through. Perhaps the new car or flashy smartphone is the correct decision for you. But the only way to know is if you actually think through the decision yourself.

Before making any financial decision, do your homework. This applies to small choices, like purchasing a pair of jeans, and bigger ones, like investing money into your retirement fund.

Look at all of your options, do the calculations, and make a decision based on your own judgement – get off that bandwagon! 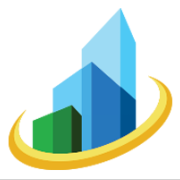